Good sexual health means making sure you have the knowledge, skills and ability to make informed sexual choices and acting responsibly to protect your health and the health of others.

SexualWellbeing.ie is a HSE website which provides a range of sexual health information.

Sexual Health West (Formerly AIDS West) is a charity organisation which provides support for people living with HIV and delivers extensive education programmes and information in relation to HIV and sexual health. For information on the range of support services offered by Sexual Health West, visit www.sexualhealthwest.ie.

The WISER (West Ireland Sex Education Resource) Programme and website have been developed to support sexual health education programmes, delivered by Sexual Health West, in schools and communities. The interactive website for young people, parents, teachers and professionals working with young people was launched in 2017. The WISER website aims to enable young people to make healthy, happy, and informed decisions about their involvement or non-involvement in sexual activity.

Galway was one of four Irish Cities to sign up to the Fast-Track Cities initiative in June 2019.

The Fast-Track Cities initiative is a global partnership between cities and districts around the world.  The initiative has four core partners: the International Association of Providers of AIDS Care (IAPAC); the Joint United Nations Programme on HIV/AIDS (UNAIDS); the United Nations Human Settlements Programme (UN-Habitat); and the City of Paris.

The initiative was launched on World AIDS Day 2014 in Paris, where mayors from 27 cities in over 50 countries convened to sign the Paris Declaration on Fast-Track Cities (Paris Declaration) committing to accelerate and scale-up their local HIV responses. The initiative’s aim is to build upon, strengthen, and leverage existing HIV programmes and resources to attain the following targets by 2020:

Dublin, Limerick and Cork are also on the fast-track to end AIDS by 2030. For more information on Ireland’s commitment to the Paris Declaration click here.

The National Sexual Health Strategy 2015 – 2020 is a strategic framework for the sexual health and wellbeing of the Irish population and was launched in October 2015.

A range of printed materials, including information in relation to sexual health, are now available to download, or order, through healthpromotion.ie/publications. 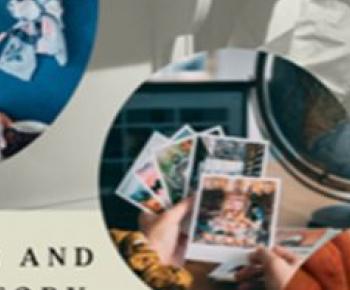 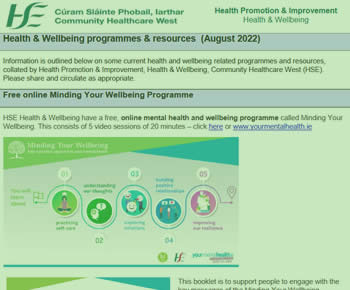 Colour in your Community: Coming Autumn ...